An absolutely unbelievable sighting of a jaguar mother and cub fighting over an anaconda kill in the Pantanal region of Brazil. 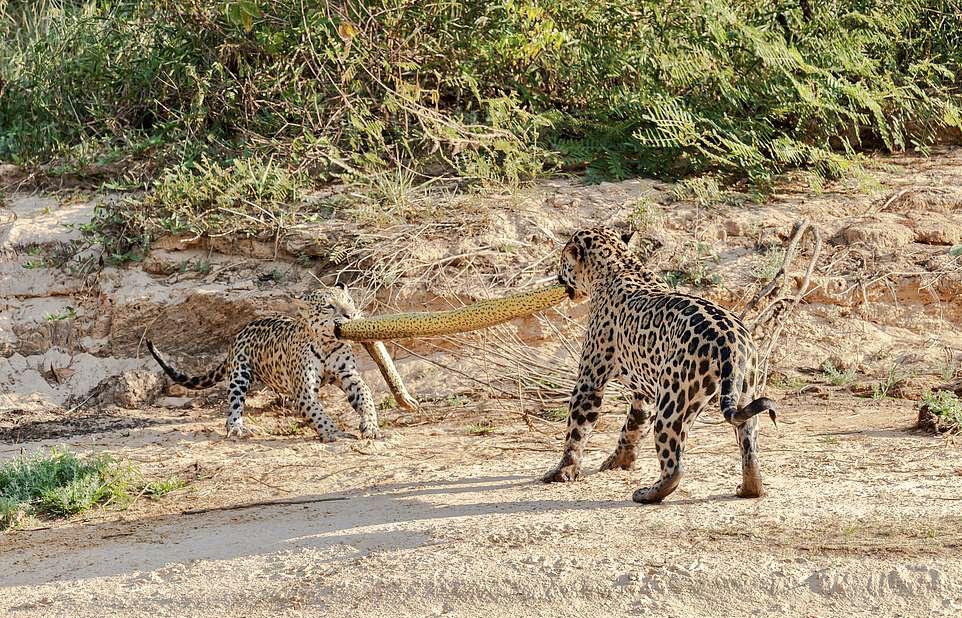 A mother jaguar and her youngster were photographed enjoying tug-of-war with a newly captured anaconda. The incredible moment was captured on film in Brazil. Despite the fact that the anaconda is one of the world’s biggest snakes, jaguars hunt them. Jaguars have been known to hunt down huge reptiles like caimans, but seeing one with an anaconda is unusual. 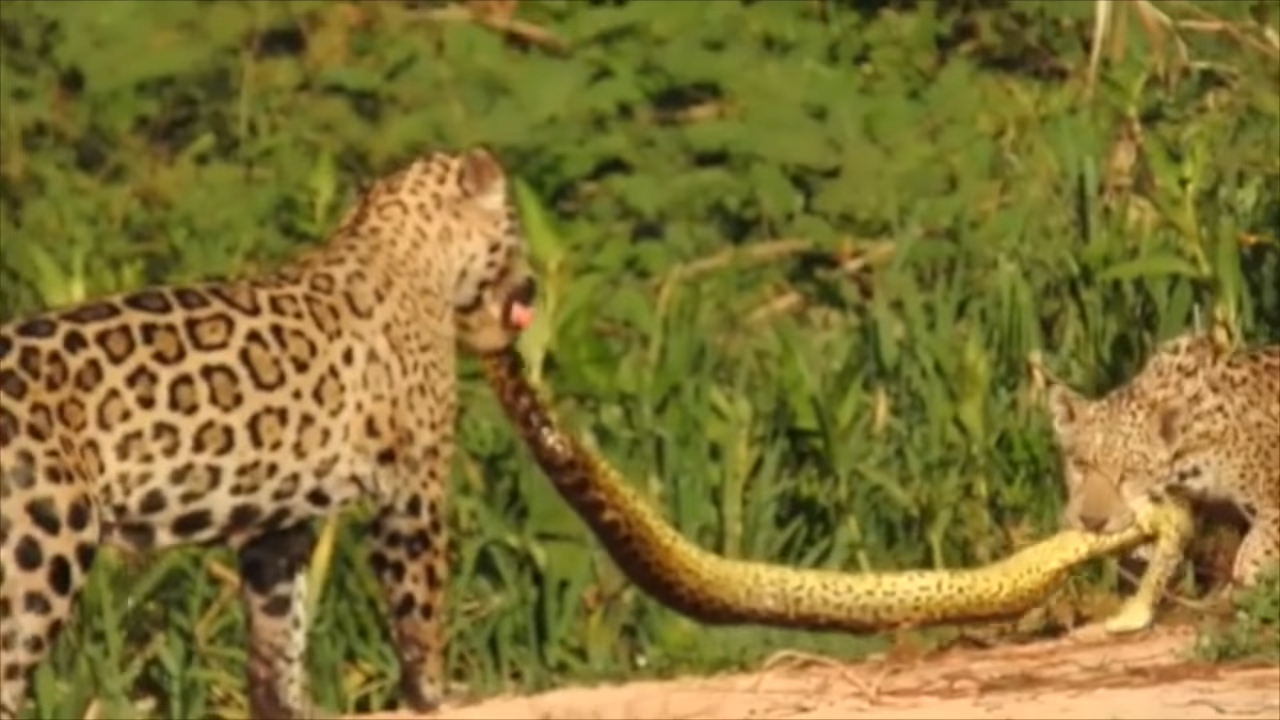 In this famous film, a melanistic jaguar, commonly known as a black panther, takes on an anaconda, Alternatively, watch how an anaconda eats a caiman croc in the video below: Don’t forget to subscribe for more amazing wildlife … from the wildest places on earth! Thank you for liking and sharing.