This jam-packed sighting of a pack of wild dogs chasing impalas, with hippos and hyenas interfering, was captured by two people in different vehicles at the same time! Francois Pienaar and Rogan Roams!

We had heard over the radio that there were dogs on the tar road so we bee-lined straight there. When we found the dogs we were excited but had no idea what was about to unfold. 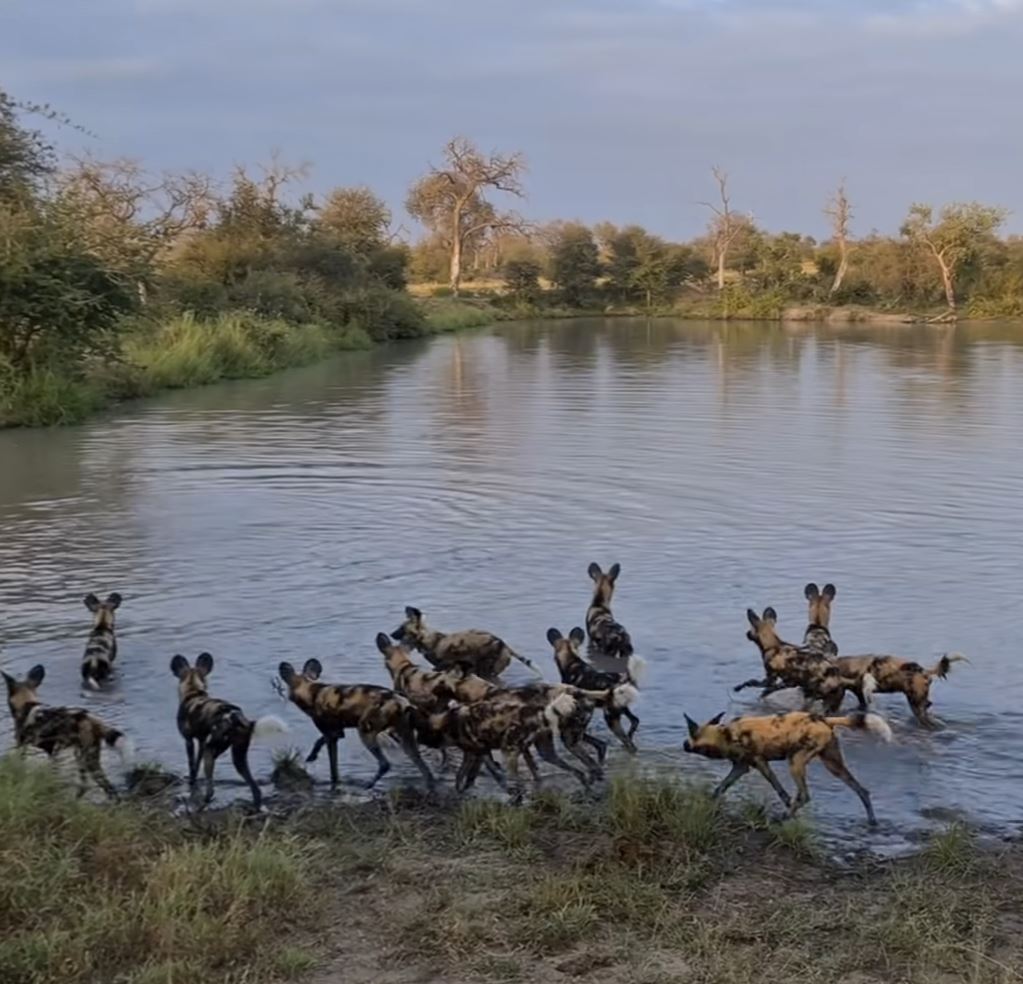 When we saw the little impala in the water, there was a buzz of excitement at the prospect of seeing a successful chase go down, but my heart did break watching it desperately looking for an exit strategy. It’s a hard reminder of the cruel nature of the wild.

Eventually, all the action escalated when the dog grabbed the impala behind the head and dragged it underwater, with the hippo approaching rapidly, trying to get a hold of the dog, the dog left the impala, leaving the impala stranded in the dam. Suddenly, the Hippo flung the impala into the air, leaving everyone on the vehicle in shock.