Watch the unbelievably cute moment filmed on camera when a leopard mother is seen helping her cute newborn Leopard cubs cross the road in the Kruger National Park. The heart-warming cuteness of these little ones is almost unbearable and all we can do is watch. 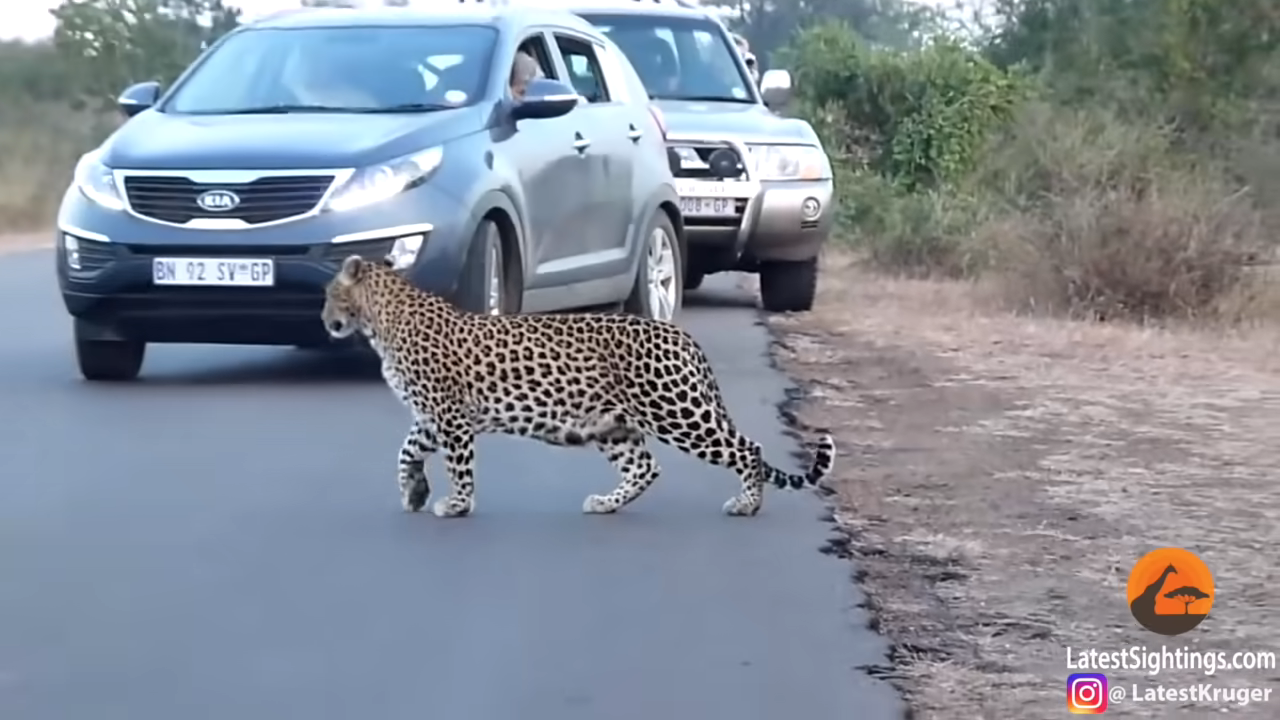 64-year-old, Thinus Delport, had the opportunity to see this incredible sighting of a mother leopard and her two very tiny cubs crossing a road 6km from Lower Sabie towards Crocodile Bridge.

“Early morning, my daughters and I left the camp looking for leopards. They were convinced that there are no leopards in the Kruger, as neither of them had ever seen one. As we drove, I jokingly convinced them to start singing in the car, to draw the leopards out, and so they did – and to my surprise – it worked!” 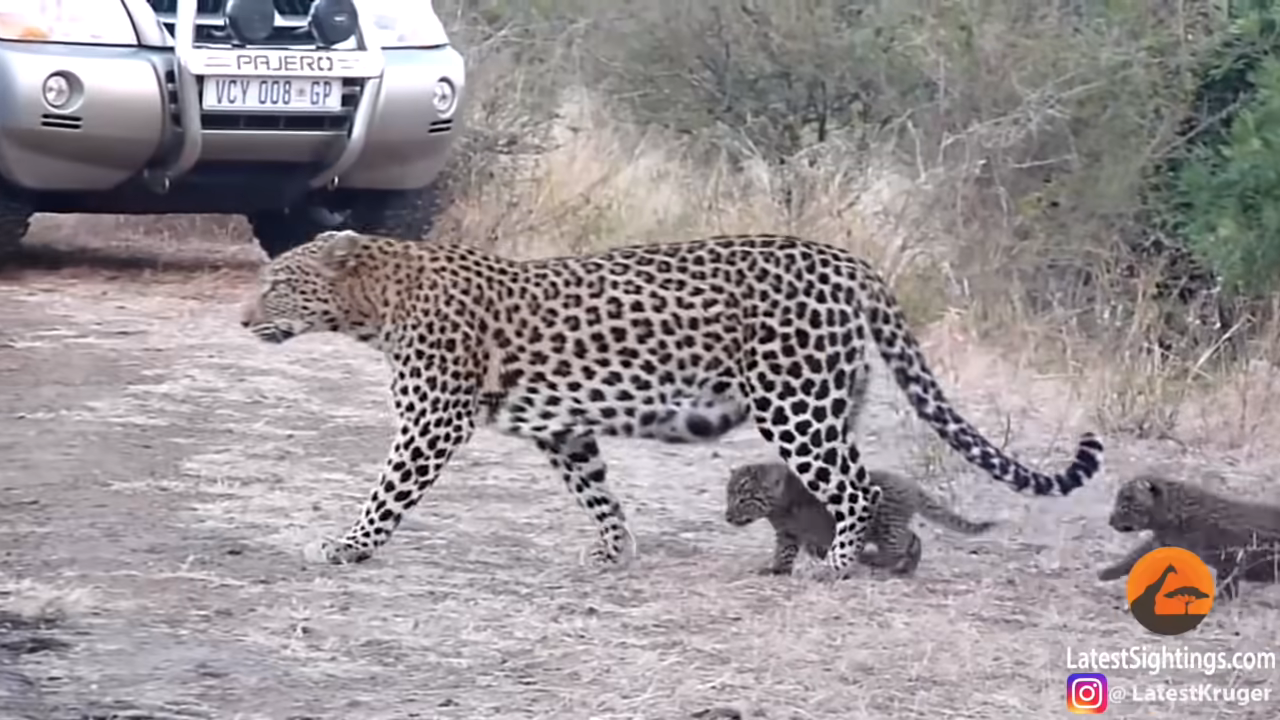 “We hit a traffic jam where a few cars were stationary. It seemed like visitors were looking at a pride of lions. My daughter noticed that in the thicket behind our vehicle, a mother leopard was trying to move her cubs!!” 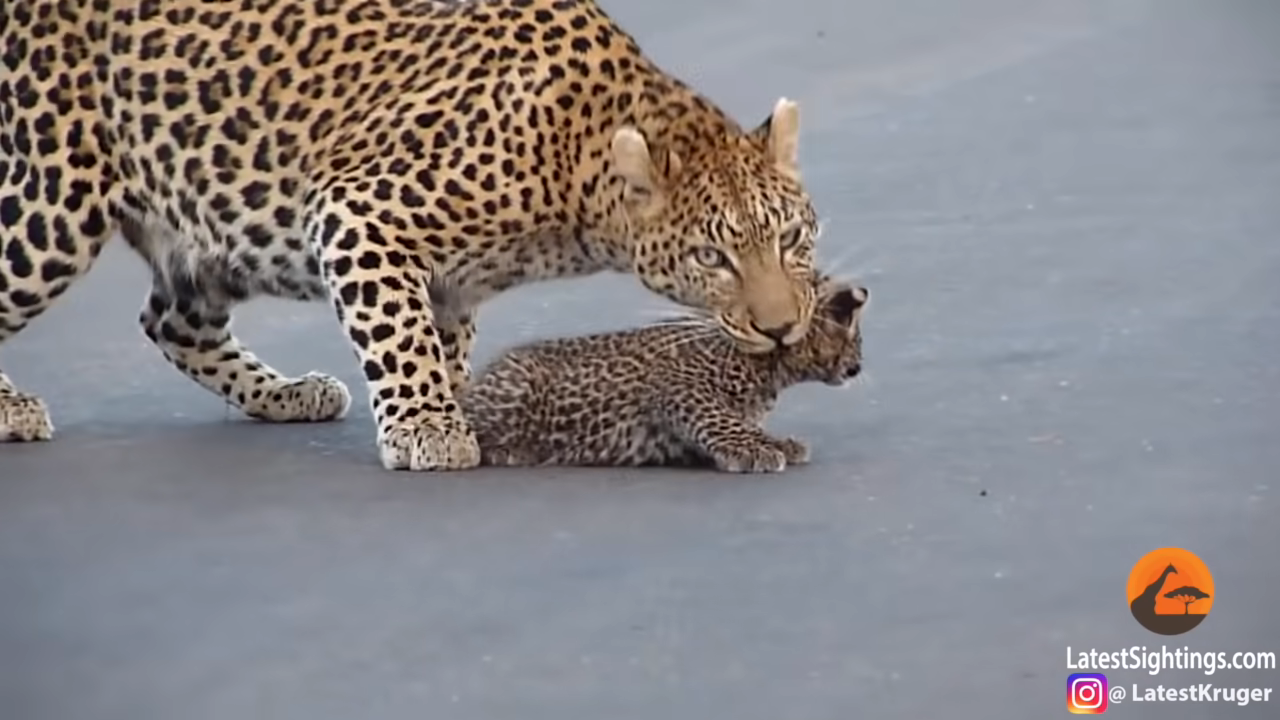 “It was my daughter’s first visit to the Kruger and she was the first to whip out her video camera. I’m glad she did because I would have been shaking so much from excitement, that the footage might have just been ru.ined.

“This was an extremely rare sighting, and you don’t often get to see a leopard mother relocate her cubs when they are still so young. We’ve been visiting the Kruger for over 50 years, and not once have we seen something like this. This just came to show that patience does pay off.”